The reefer roof materials also contract and expand daily as they heat up during the day and cool down at night.

The technical requirements for transport refrigeration units are more severe than for many other applications of refrigeration. The equipment has to operate in a wide range of ambient temperatures and under extremely variable weather conditions (sun radiation, rain, etc.). It also has to be able to carry any one of a wide range of cargoes with differing temperature requirements, and it must be robust and reliable in the ever-changing transport environments .

Estimated diesel power requirements (as equivalent fuel use) for road units are from 11 kW for a typical van unit to 23 kW for a trailer unit, giving an overall figure of around 0.05 kWh per tonne km. This high power requirement is necessary to obtain a fast temperature pull down and fast recovery in distribution with many door openings. This corresponds to equipment with cooling capacity about 4 times the body heat loss cooled at –20°C and 10 times the body heat loss cooled at 0°C at 30°C ambient. Running hours may be between 1800 and 4000 hours per year.

Intermodal container units may require electrical power of around 2 kW for frozen goods and 5 kW for chilled, but this is very dependent on unit design and operating conditions. It is notable that the close temperature control requirements and more rapid air circulation needed for chilled goods result in higher power requirements than for frozen goods, despite the lower temperature differences to be maintained.

Although the degree of temperature control (and thus the degree of security for food safety and quality) in refrigerated transport equipment is excellent, the effects of equipment, packaging and stowage mean that this is achieved at the expense of energy use.

Good thermal insulation is a necessary part of efficient use of refrigeration, and changes in insulation foams, necessary for other environmental reasons, may increase power consumption. Insulation suffers degradation of thermal properties with time, which must be allowed for in energy budgets. For chilled cargoes in particular, new technologies such Super Therm® should be evaluated for solar heat blocking characteristics.

It is imperative for the trailer’s insulation to perform electively year after year. Thereby, decreasing operational cost a s the cooling unit will run less, consume less fuel, and require less maintenance. Extended productivity and a longer useful life cycle are also obtained as Super Therm® helps maintain the performance as the trailer ages. As a refrigerated trailer ages, its insulation system will degrade because of trailer damage, moisture intrusion, or air loss. Insulation degradation is largely due to the normal aging of the trailer. The cooling unit has to work harder to make up for this loss of thermal efficiency, causing cooling unit run-times and fuel costs to increase. Eventually the insulation will degrade so much that the unit will not have enough cooling capacity to get the job done.

Until now, the only way to compensate for the decreasing insulation performance has been to make sure the cooling unit has enough excess capacity to maintain temperatures over the course of time. But a refrigerated trailer coated with Super Therm® will dramatically slow down the loss in insulation performance, extending the useful life, and increasing the effectiveness of the trailer. Super Therm® helps to keep refrigerated trailer on the road and generating revenue by maintaining excess cooling capacity, decreasing unit maintenance downtime, and expanding its productivity.

The sun can heat a trailer’s roof surface to over 93°C. Most trailer roof substrates are poor reflectors of heat, absorbing as much as 98% of solar heat (radiation). The roofs become a solar oven; hot enough to cook an egg when the outside temperature is only 32°C. The sun’s rays and high temperature transforms the trailer roof into heating panels radiating heat to every surface within the trailer. In refrigerated trailers this means that the cooling units must work harder to keep the perishable contents at their prescribed temperatures, using excess fuel and energy.

Being the owner of a fleet of primer movers pantech and tautliners I have continual cproblems with heat buildup in the tautliners which are primarily used to cart bananas from Northern New South Wales to Adelaide. Temperatures are frequently around 35° up to 50°C. in mid-summer. This heat buildup causes the produce to rot and at times the loss rate could be as great as 15%. Bananas need to be carted at between 10°and 13°C but the tautliners with refrigeration units running constantly would run at a constant 19°C.

While most roofing systems are merely a means of keeping the weather out, ICAG’s coating and roofing systems will provide superior heat protection qualities, structural protection and aesthetics that will significantly lower utility cost, provide maintenance reduction and enhance the aesthetics of the facilities and/or vehicle. Our research indicates that energy reduction alone provide an extremely favourable payback period making the application a viable financial option.

Industrial Coatings Alliance Group has recently tested its proprietary ceramic coating with one of the nations largest private refrigerated carriers. ICAG is pleased to announce that Super Therm®, its proprietary coating, when applied to the top of a refrigerated trailer, can reduce the units fuel consumption approximately 30% versus a multi-temp refrigerated unit with traditional aluminum roofs.

In July, the Super Therm® coated units burned 30% less fuel than the “control” units and 2% less than the manufacturers heat-resistant composite units. On an annual basis, this resulted in decreased fuel consumption of 1,039 gallons and 463 gallons respectively. At $1.10 per gallon of gasoline, the cost benefits were $1,143 and $509 per unit.

In October, the Super Therm® units burned 27% less fuel than the “control” units and 22% less fuel than the manufacturers’ heat-resistant composite roofing system units. On an annualized basis, this resulted in decreased fuel consumption of 599 gallons and 435 gallons respectively. At $1.10 US per gallon, the cost benefits were $659 and $479 per unit. Per our test, we can expect that reductions would be highest in the summer months, lowest in the winter months and average in fall and spring months.

With product cost and installation cost considered, a payback could be expected of less than one year. These reduction estimates do not include maintenance benefits which would likely result from the refrigeration unit running less hours, or running a higher percent of hours in low speed versus high. This would, in theory, also extend the life of the refrigeration unit. In addition, benefits associated with a decrease in labor that would result from fueling the reefers less often is not included in the cost reduction.

Reduction in maintenance and labour costs 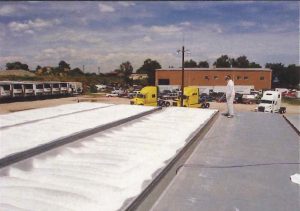 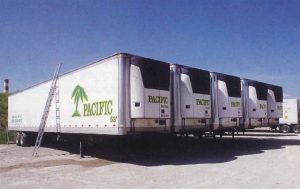 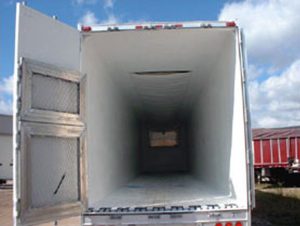 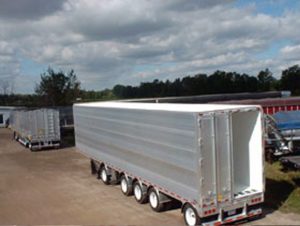 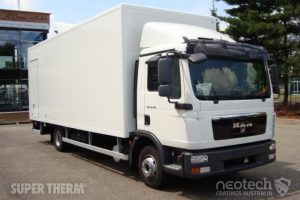